As we look back at sickness and health throughout New Zealand’s history, we see epidemics of infectious diseases have affected communities throughout the years. This section looks at some epidemics and other health issues in Christchurch and a few of the institutions developed to manage both illness and people.

For an overview of epidemics in New Zealand, start with the article in Te Ara.

Newspapers are a great source of information and comment on illness. PapersPast provides historical coverage. You can limit the results to Canterbury or Christchurch papers.

For current reporting, use the Press Reader and Factiva databases.

New Zealand entered a nation-wide government enforced ‘lockdown’ or home-quarantine on 18 March 2020 in an effort to quash community transmission of COVID-19. Quarantine is not a new way to deal with disease; however this is the first time in many New Zealander’s lifetimes, they have had to isolate from others.

The 1918 influenza epidemic killed more than 9000 people in New Zealand, a disproportionate number of whom were Māori. For an overview, see the NZ History website.

Christchurch City Libraries has an excellent introduction to the 1918 influenza epidemic including a section on ‘How ChCh Coped’.

Geoffrey Rice has written both articles and books on the epidemic. In this 1979 article Christchurch in the 1918 influenza epidemic, he looks at the social impact in Christchurch.

This Sun newspaper article from 1918 talks of the impacts on Christchurch schools but only reports on two Christchurch secondary schools, Boy’s High and Christ’s College:

In 1919 the Influenza Epidemic Commission report was published.

Tuberculosis and the Cashmere Sanatorium

Tuberculosis is a disease that still exists in New Zealand, in spite of a long history of attemps to control it.

In 1928 there was a Commission of Enquiry into the prevention and treatment of tuberculosis.

In 1929 New Zealand got its first health stamp which bore the slogan ‘Help stamp out tuberculosis'. See the full range on StampsNZ’s website.

The Cashmere Sanatorium was opened in 1910 to house tuberculosis patients.

Christchurch City Libraries has a webpage on the Sanatorium and Te Ara has an Image of children sunbathing at Cashmere Sanatorium as TB treatment.

See Immune.org for a primary source interview of a Christchurch TB survivor, who was housed for two years in the Cashmere Sanatorium.

The Macmillan Brown Library has the book on the sanatorium: Up the hill: Cashmere Sanatorium and Coronation Hospital, 1910-1991.

Although leprosy is not particularly contagious, fear of it has been and in response to this a leprosy colony was founded on Quail Island, Lyttelton Harbour, in 1906.

These two Public Health Annual reports contain information on leprosy (and other conditions) in the Canterbury District: 1909 (p. 32) and 1911 (p. 63)

The Macmillan Brown Library holds the recently published book The dark island: Leprosy in New Zeland and the Quail Island colony. See the publisher’s webpage for links to related material.

The Inside an asylum blog article looks at Sunnyside through the lens of archaeology.

Christchurch City Libraries has an introduction to Sunnyside and has digitised the 1868 annual report on Sunnyside to the Provincial government.

Later years can be found in Parliament's AJHRs. Do a keyword search on Sunnyside

For more recent books on Sunnyside Hospital, look at our catalogue under Sunnyside hospital.

Deinstitutionalisation for people with intellectual disabilities began in the 1960s, accelerating in the 1980s and 1990s, leading to the closure of many institutions and an increase in care in the community. In Christchurch, this included the closure of the Templeton Centre.

Te Ara has a short video of a resident of Templeton Centre talking about her hopes for living outside the centre.

In 2007 a report looked at the experiences of adults from the Templeton Centre now living in the community: Community participation and quality of life for ex-Templeton Centre residents: policy, theory and practice: an opportunity for NGO collaboration.

Nurse Maude has the story of the organisation on this website.

Te Ara has a biography of Nurse Maude.

Huge numbers of Christchurch people turned out for her funeral. See an image of it here. 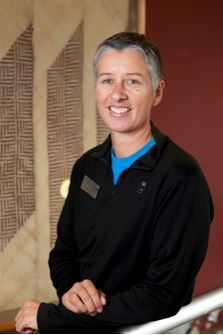